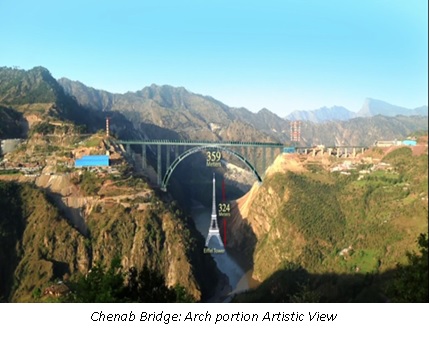 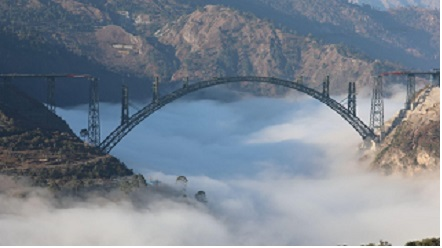 b) Anji Bridge:
Construction of Anji Bridge is extremely difficult and an Engineering challenge. Although, it is smaller in comparison to Chenab Bridge, but it is also an important bridge on this section and after construction, it will be 195m above the river bed and main span across steep slope of Anji Khad River will be 290 mtrs. AnjiKhad Bridge is country's "first cable-stayed bridge" on Indian Railways. 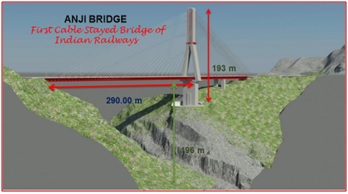 The bridge is located in the young fold mountains of Himalayas having extremely complex, fragile and daunting geological features in the form of faults, folds and thrusts and besides seismic proneness of the region. Detailed site specific investigations were carried out by IIT, Roorkee and IIT Delhi. Slopes of the mountain supporting one foundation of main span have been stabilised by a special hybrid foundation on Katra end due to space constraints. The major portion of the bridge works including Main Pylon with 40m deep Hybrid foundation, Central Embankment and Ancillary Viaduct were carried out on Srinagar end.
For ease of construction and keeping in view the typical site conditions, this bridge has been divided into 3 parts:
• 120 m long approach viaduct (called “ancillary viaduct”) on Reasi side.
• Main bridge, crossing the deep valley (473.25m cable stayed portion).
• Central embankment (94.25m), located between the main bridge and an approach (ancillary) viaduct.

AnjiKhad Bridge connects tunnel T2 and T3 on the Katra-Banihal Section of the Udhampur-Srinagar-Baramulla Rail Link project. AnjiKhad Bridge has a single main pylon of height 193m from the top of foundation, standing at a height of 331 metres above the river bed. The total length of Bridge is 687m consisting of Main Bridge having the length of 473.25 metres, Ancillary viaduct of 120 metres length and the central embankment of 94.25 metres length. It is an asymmetrical cable-stayed bridge balanced on the axis of a central pylon. The Total deck Width of Bridge is 15m.

Various unique techniques and equipments are being used like DOKA JumpformShuttering .Pump Concreting System to increase efficiency, providing higher safety for workers and for saving construction time. State of the art Tower crane, make 'COMANSA'(imported from Spainof 40 T capacity with extentendable height up to 205 mtrs is being used for enhancing the construction activities for heights upto 193m. Status report of the bridge: The Ancillary viaduct portion has been completed. Central Embankment has been completed. Sub-Structure Completed. Main Pylon will be 193 M when completed. 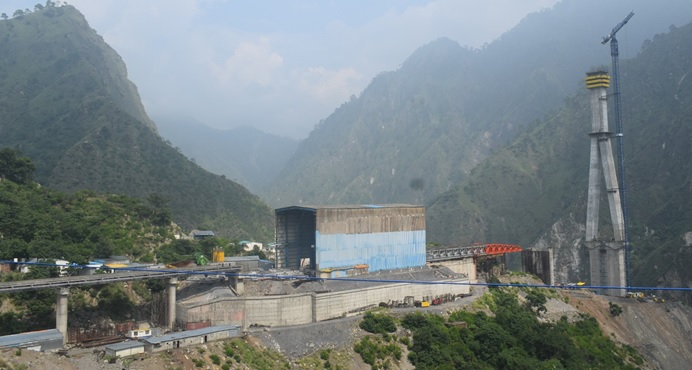 7. Tunneling
• USBRL Project involves construction of nearly 186 km tunneling works (38 Main Tunnels and 8 Escape tunnels)of which 122 km is Main tunnel and 66 km escape tunnel.The escape tunnel is for rescue and restoration work and is provided parallel to the main tunnels exceeding 3 km in length.
• 97 Km out of 111 Km (i.e. 87%) of length of Katra-Banihal section is in tunnels.
• 66 Km Of Escape Tunnels are Also Being Constructed as relief and rescue measures as per international standards( first time on Indian Railways )
• In Katra- Banihal section, very long tunnels are being constructed and 5 tunnels are having length more than 8km.
• At present the Longest transportation tunnel (11.215 km) Pirpanjal Tunnel in the country has been completed and commissioned between Banihal and Quazigund.
• However, tunnel T-49 which is under construction is 12.75 km long and once completed will surpass the above Pirpanjal Tunnel. 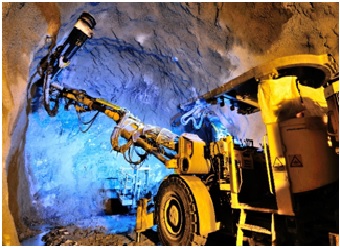 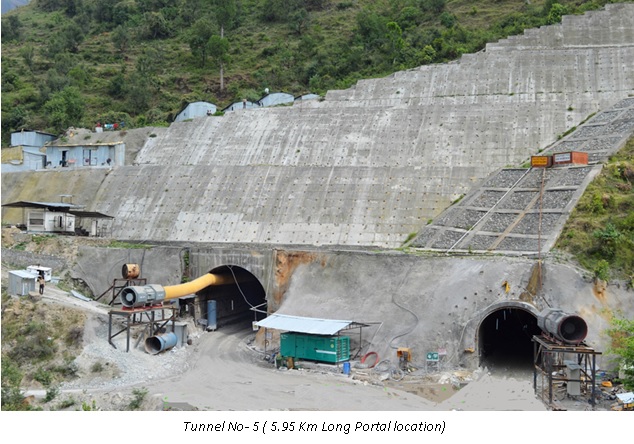 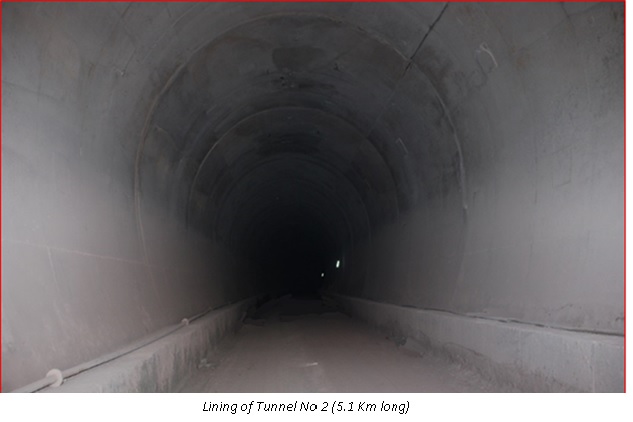 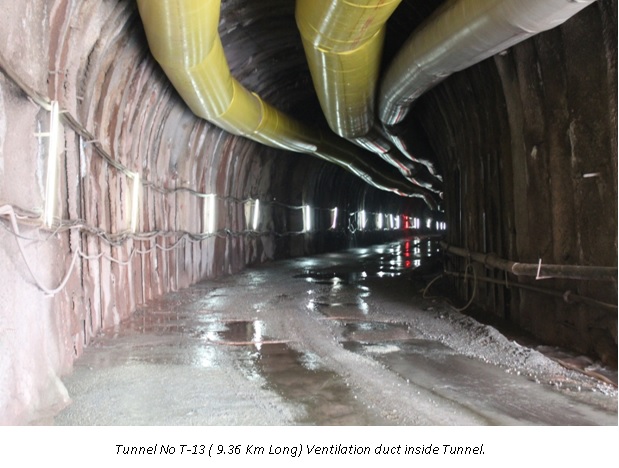 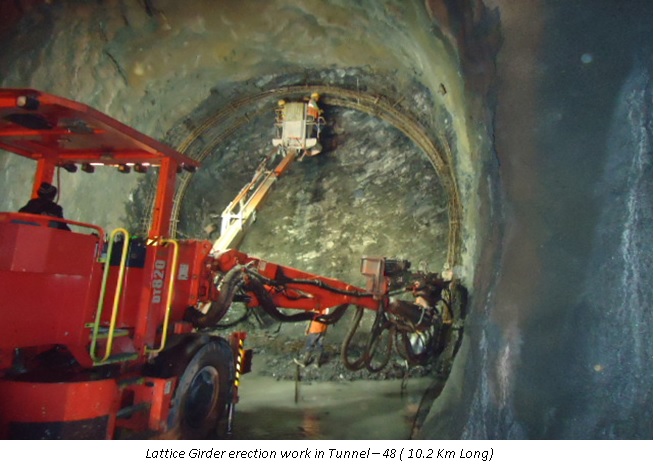